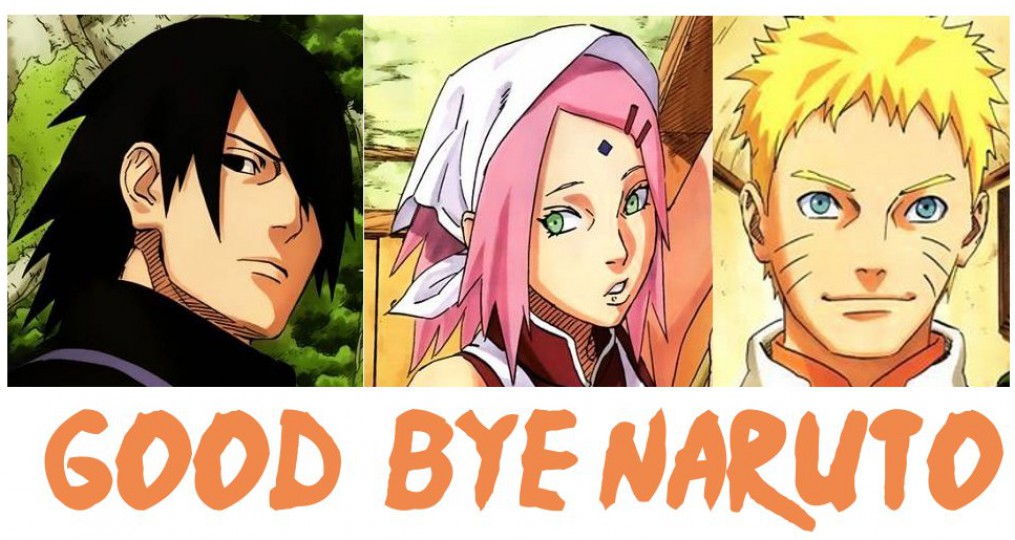 遥かに仰ぎ、麗しの, often called Kanisino for short, this game was developed by Pulltop, and released at the end of 2006. It was met with a large amount of popularity, won awards, and so when I heard about it’s Chinese translation, I immediately went to play it. It exceeded my expectations. (I REALLY want the fan book now…..)

The story starts with Tsukasa, a teacher who recently got a job at a prestigious all girls academy. But, nothing is what it seems, and it’s a heart warming story about him and the students around him. There are 2 branches to the story and 6 paths. The main school branch contains the stories of Miyabi, Shino, and Tonko; in this branch, Tsukasa has a more manipulative assertive personality, is a respected teacher, and there aren’t as much interaction between the characters. The side school branch contains the stories of Sumika, Misaki, and Yuna; in this branch tsukasa’s more like your average feeble harem lead, gets made fun of by his students, and there’s much more involvement of other and side characters.

The 2 branches were written by different writers, each with his own style. I prefer the stories of the main school (and polls in different languages reflect that), as it tells much of the story from the girl’s perspective and it’s much shorter (around 12 chapter as opposed to 15). However, the stories of many side characters are explained in the side school branch, though many people (me included) complain that it was too dragged out with too many h-scenes.

Basically, the main school branch was a visual novel with some h-scenes, and the side school branch felt more like an eroge with plot (not to say it didn’t have plot, it just had less than the other branch)

This brings the story down to a 9.

All of the characters were very well developed, especially the heroines, and watching them interact and grow was very fun. However, Sumika’s character wasn’t done all that well.

That’s you. You’re just a normal teacher who got recommended to be in a school for the rich. You’re kind, gentle, and teaches world history.

The principle of the school and a bratty stubborn little girl. She isn’t acknowledged by the people around her due to her age and trusts only her maid (who’s also her only friend). She absolutely loves baseball. Her story really developed her character and the ending was very dramatic.

A girl who’s afraid of other people, to the point that she can’t be touched by anyone besides her best friend. She excels at cooking and there was a heavy use of her perspective in her story, which was very romantic.

Shino’s best friend who’s very smart, however, she’s quite distant from people and always protects Shino. She’s voted to be the most popular girl in the game. I agree with that (even though I like her design the least out of all the girls), as her story captures the essence of her character and her struggle with what she has to do. 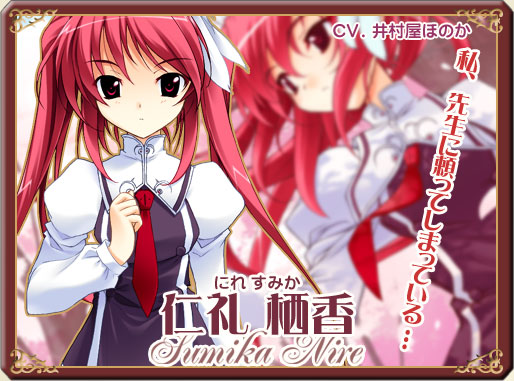 A sophisticated lady who is relied upon by many people. I had high hopes for this girl, but sadly, they were not met. There were too many h-scenes (I think she has more scenes than all the other girls combined! It was somewhere between 7 and 15, I’m not sure. Being an average female human, I pressed skip all the way through those things) and while the actual story is quite good, it’s not excellent. 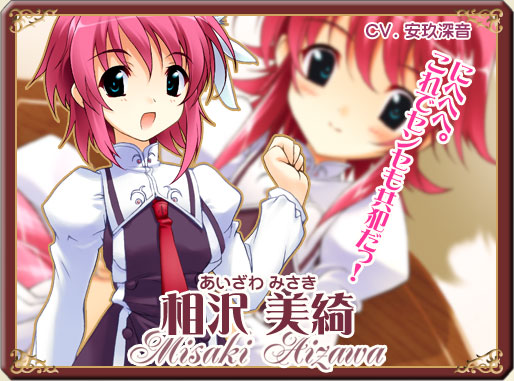 Definitely the funniest girl in the whole story (though I think she’s more funny in other people’s paths than her own), this girl is a reporter and an energetic prankster. She is surprisingly reliable and notices little details, and while I think her story dragged a bit, just about every single loose end (including Tsukasa’s past) were tied up.

A mysterious, mature, and gentle girl who takes care of the school’s greenhouse, the truth about her is the most shocking out of all the girls. Her personality might just be the most complicated one in the game, as she’s hiding secrets that no one expects her to have.

The only male character that has a face and shows up at the very beginning of the story, he’s a popular art teacher and enjoys making fun of Tsukasa. His little side story is included in Yuna’s story and it’s interesting to say the least.

This game won awards for it’s sound, and it deserved it. The opening song is beautiful, the bgm match the situations, and all the voice actresses poured their hearts out for their roles. I was particularly impressed with Misaki, who would often switch between voices when playing jokes.

This is the game opening.

It might not click with everyone, but I really like the art. It’s simple yet eye pleasing, and the heroines had a lot of expressive poses. They re-used the same background for quite a few times and there was a lack of detail in the eyes, but that wasn’t big enough to lower the mark all that much.

The interface was designed well and there were all the basic game options . The game had 99 save slots, q.save, and lets you review all cg and music. There were many effects used in the game, and even though it used effects a lot, it didn’t lag, not even on my extremely slow pc.

Despite its flaws, I laughed and cried (often at the same time) in every single story, which involved things from corporate takeovers to underground military bases to a tricycle with a rocket attachment. It’s romantic, it’s heart warming, and I’d recommend it to anyone. 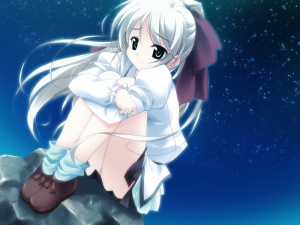 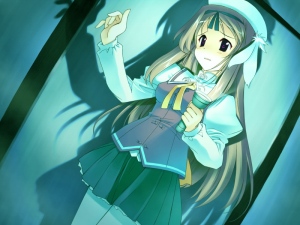 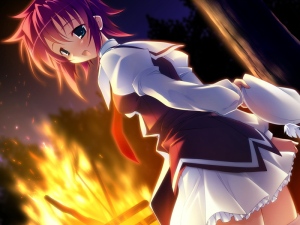 The maid. She’s a great character.